Do I have to talk to the police? Know your rights! 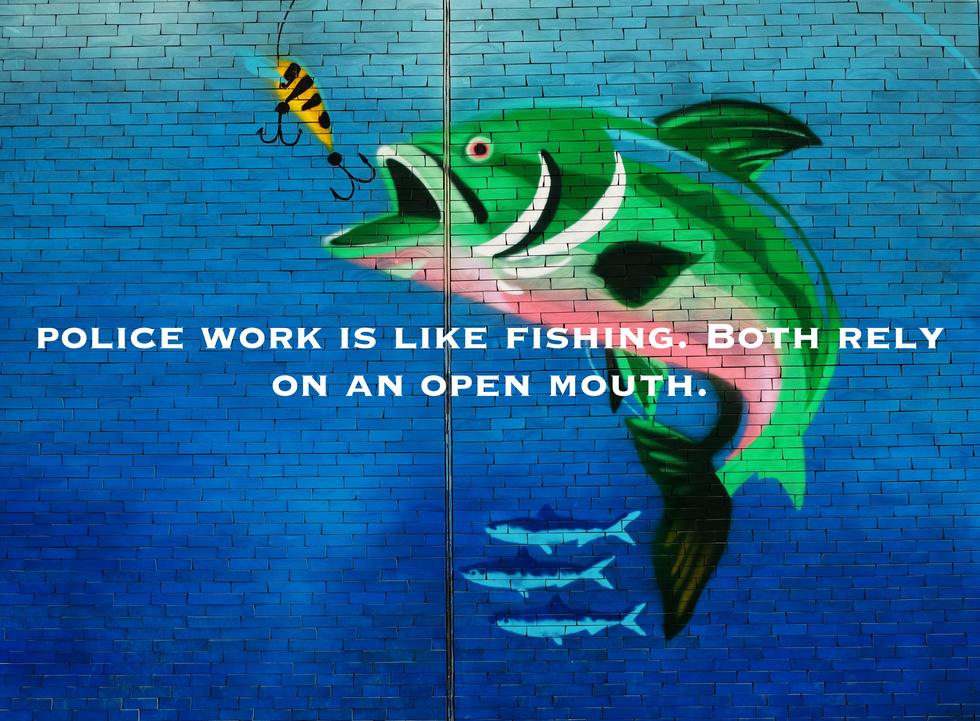 There are only 3 things you have to say to the police; your name, your date of birth and ask for an attorney.  That's it!  Know your rights! The hardest task of an attorney is not to speak for you but to undo what you said already.  That translates to bad results for you and more of an expensive defense.

Most people are under the impression that you have to talk to the police or answer all of their questions.  It couldn't be further from the truth.  It's true we are all raised to respect the police and to fully comply with authority.  That usually means that the authoritative figure has a good reason to stop us and inquire about anything they want.

We are used to answering detailed questions posed by our parents, older relatives, teachers, church leaders and the like.  We assume they are trying to get to the bottom of something important which is ultimately to either help us or to help us learn from our mistake.

Generally, we don't question them.  We don't ask why they want to know.  We don't dare do such things because we are taught that we don't know better.  Further, it's rude to question authority.  After all, who are we to question the motives of someone older, wiser, and more educated?

This is even more true when within certain cultures.  In most non-American cultures, people with authority are assumed to have the utmost power and right to question someone below their level, age or position in life.  They have a god complex.  Respect is shown by not disobeying such people.

But, do I have to talk to the police?

As I said earlier, you only have to provide your name and date of birth to the police. That is all that is legally required of you.  The ONLY other thing you want to say is, "I want my lawyer" or "I want a lawyer."

Why not comply fully with authority?  The police is legally allowed to lie to you.  They can trick you.  They can use pressure tactics to make you talk.  When you talk, you give out information.  That information could put you in a scene of a crime, admit to an illegal conduct, or offer other evidence which could be used against you or your loved ones.

When the police talk to you, they have already made up their mind as to whether or not they'll let you go.  You cannot talk your way out of anything.  If you have been previous lucky due to police letting you go after talking to you, it does not mean it was your skills.  It could have been another emergency to which they had to respond or another reason.

The people who are at most risk of talking to the police are the highly educated or highly intelligent people who believe they could outsmart a cop.  However, when they talk, it's recorded on camera or in notes.  It's not one officer who looks at all of that which came out of the person's mouth.  There will be many highly intelligent people (sergeants, shift leaders, captains, district attorneys, etc.,) who will read the same report and parse every word carefully.

Then they will re-interview the same person and try to trip them up about what they said.  At that point, the person will either be a liar or give different evidence and dig a bigger hole.  If they had never talked, nothing could be used against them nor could they be deemed a liar.

An attorney could speak for you.  If you really want to tell the police something, do it in a way which won't hurt you later.  You can still talk via an attorney.  However, the attorney can help filter things which could harm you tremendously down the road.

The biggest reason people want to talk to the police is to avoid being taken into custody.  They feel they'll be released if they cooperate.  However, by talking, one creates a risk that they'll ultimately be in custody for much longer.  Think about it; you say anything not to spend one night in jail but end up giving information which later puts you in there for months or years.  Was saving yourself for one or two nights really worth singing like a canary?

Remember, you have to say only  things to the police:

2. Your date of birth

That's it--nothing else.  Best of luck and please pass on this information.  I'll post more about search warrants on the next blog.  Please don't miss it as it's equally important.

My posts/blogs are to be taken for academic purposes only and NOT LEGAL ADVICE.  Nothing on my blogs should lead you to believe there is an attorney-client relationship, nor that I am giving legal advice.  Please call my office at (714) 321-9999 for a free consultation to discuss your specific matter where I could then give proper legal advice.

Orange County Criminal Law Attorney Blue-collar fight with a white-collar style. As a local criminal defense attorney in Garden Grove, I offer strong yet affordable representation to the people of Orange County, LA County, Inland Empire and the surrounding areas. Most of my clients have famil...

Comments have been disabled.