Do immigrants face more penalties for committing a crime?

Remember, you have a right to remain silent and to ask for an attorney whenever you are being interrogated by law enforcement. If the police or ICE come to your residence, you do not have to give ANY information nor do you have to let them in without a search warrant. DO NOT speak to anyone nor let them in your house without a search warrant. If they have a search warrant, the warrant must correctly spell the name of the person being sought, the address being searched, the exact items or person(s) hoping to find, and it must be signed by a magistrate or judge.

Once you are detained, please do not give any information other than your ID.  Politely ask for a lawyer and say, "I want to invoke my Constitutional Rights." Law Office of Wais Azami in Santa Ana, CA is centrally located in the heart of Orange County for your convenience. Be patient. Do not speak to anyone inside the jail either. No one is your friend, and everyone wants a bargaining chip to better their situation. Trust no one other than your attorney. Do not fall for false promises, threats, or other tricks by law enforcement. They are not your friends once you're arrested. In a boxing match would you listen to the advice of the other corner?  Of course not!  Apply the same logic when you're arrested because the fight is big, and the consequences are bigger!

Crimes that could affect non-citizen immigrants:

Please click on "Find Out More" for a further list and explanation of crime that could adversely affect non-citizens:  Moral Character Crimes

Arrest means you have been accused of doing something illegal. Usually, the police arrest someone for a certain charge but they do not have the power to charge. The police report is merely a recommendation to the District Attorney (DA). Only the district attorney can charge someone for committing a crime. Sometimes you can be arrested and then the district attorney refuses to file charges. If that happens, you have no convictions. The DA could also choose to charge you for a crime but later drop the charges. They could even charge you with more crimes than for which you were arrested. The DA controls the charges.

Conviction means that you have been judged to have committed the illegal act by the trier of facts (judge or jury). This happens after you have had your "day in court." This means the DA charged you, brought evidence against you or witnesses against you, and despite your defense, the judge or the jury found you guilty. At that point, you will have incurred a conviction or convictions, if there were more than one charge.

For immigration purposes, there is a huge difference between arrest and conviction.  Arrests can be explained a lot easier than convictions. It is very important to seek an immigrant criminal defense attorney immediately after an arrest. Do not let your bad situation get worse. It's almost impossible to turnover convictions. As an immigrant, it is highly advisable to not represent yourself, the consequences of the convictions are too heavy.

Wais Azami is a criminal defense attorney who helps immigrants from his Garden Grove office. 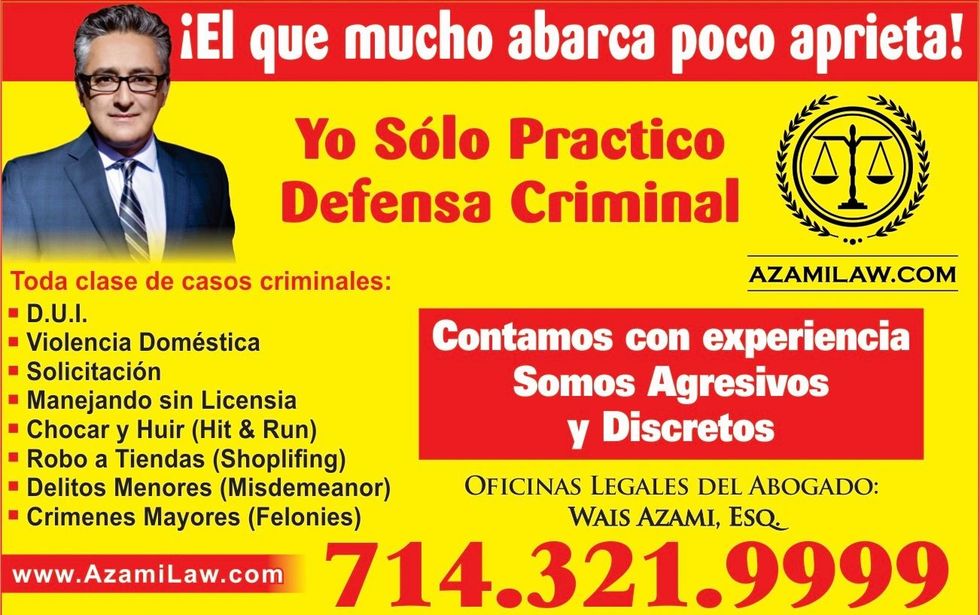